Last week, Facebook announced Calibra, a subsidiary of the social network that will introduce a digital wallet for Libra, a new blockchain currency for use by anyone who can use Messenger and WhatsApp, even those without access to fundamental financial services. AppleInsider compares what Facebook’s offering will provide with Apple Pay and its plethora of payment options. 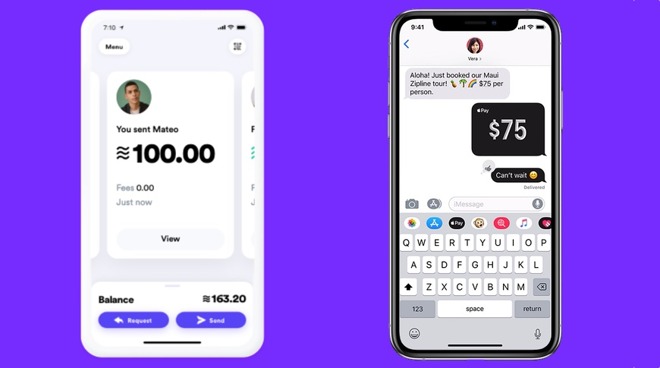 What is Libra and Calibra?

Announced on June 18 and supposedly launching in 2020, Libra is a cryptocurrency that aims to make it as easy as possible for its users to perform transactions, both paying for goods and services as well as to other people. The project seeks to make the transactions simple and quick to make, including for transfers that take place across borders.

The barrier for entry to take part is also low, with Libra intended to be accessible by anyone with an entry-level smartphone and data connectivity. Rather than just targeting those who have bank accounts and other payment facilities available, Libra is also intended for those living in situations where banking facilities are impractical or just not available.

According to Facebook, almost half of adults in the world don’t have an active bank account, with the figures worse in developing countries, and even worse for women. Approximately 70% of small businesses in developing countries lack access to credit, and $25 billion is lost by migrants annually through remittance fees. 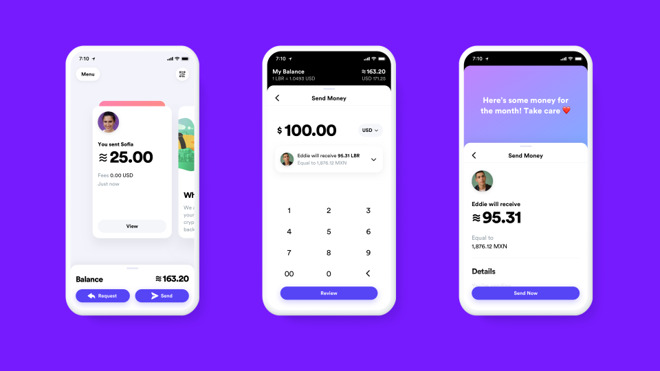 An early example of what the Calibra wallet could look like

Calibra is the name of the digital wallet the Libra currency will be stored within. Offered for use via its Facebook and Messenger apps, as well as WhatsApp, the currency could be bought by anyone and used for a transaction almost straight away, with minimal fees.

How is Libra managed?

Calibra is also the name of the Facebook subsidiary that will participate in the Libra Association, which counts a wide variety of other tech firms and other organizations, including Mastercard, Visa, Stripe, PayPal, Pay U, Booking Holdings, eBay, Farfetch, Lyft, Uber Technologies, Spotify, Vodafone, and others. Blockchain, venture capital firms and non-profit organizations are also signed up to take part, including the Mercy Corps and Women’s World Banking, with more firms likely to join as the project rolls along.

While Libra and Calibra is Facebook’s project, it will only have one vote on how it operates as part of the Libra Association, minimizing the amount of control each firm can exert. The Libra Association members will also be encouraged to promote the currency’s development and usage. 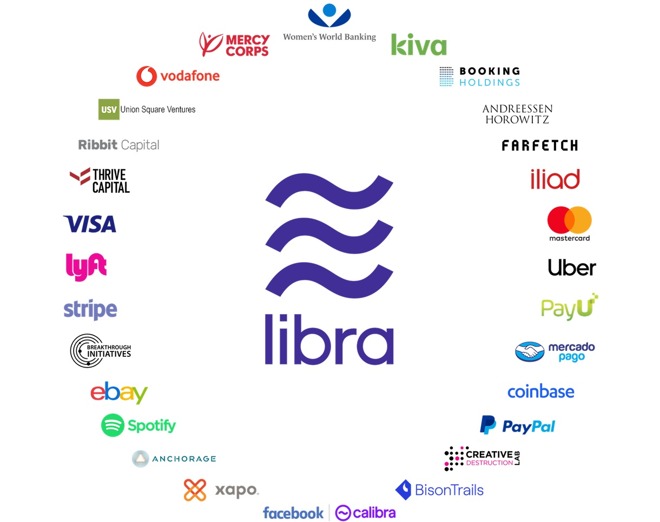 As a cryptocurrency, it uses an open source blockchain, effectively allowing anyone to use it for payments in their apps or services, as well as allowing for the currency to be sent to any other systems or wallets that work with Libra.

Unusually for a digital currency, Libra won’t go through the same volatile price changes as seen with Bitcoin and others. Backed by government funds, the project will have a Libra Reserve to keep it as stable as possible, and making it closer to other normal currencies in functionality, eliminating speculative “investments.”

Despite being framed in reports as a Facebook initiative, the social network is taking a lot of steps to separate Libra from the rest of the company.

For example, as Calibra is a separate company, it is claimed the firm won’t share account information or financial data with Facebook or any third party without customer consent, except in “limited cases.” Calibra’s customer accounts also won’t be used by Facebook for things like improving ad targeting, despite the wallet being incorporated into Facebook’s apps.

Currently Facebook uses account details, including the contents of posts, liked pages, and other items, to determine the types of advertising it will display to users. In effect, Facebook is saying users don’t have to worry about their Calibra-derived data being incorporated into the advertising system at all.

The “limited cases” are described as instances where the data is needed to “keep people safe, comply with the law, and provide basic functionality to the people who use Calibra.”

Calibra will be able to use Facebook data to “comply with the law, secure customer accounts, mitigate risk, and prevent criminal activity.”

Given Facebook’s history of privacy issues, such as the Cambridge Analytica scandal and numerous other reports of lapses in judgment, Facebook’s attempt to separate out Libra from itself is probably the right thing to do, both from a marketing perspective and from a legal one. Personal finances are a sensitive topic for many people, and potential users may be wary of Facebook “knowing” about that information, on top of everything else.

It does, however, still need consumers to trust that Facebook isn’t simply acquiring the supposedly separated-out data anyway behind the scenes. Facebook does have the opportunity to change the terms of how it operates with Calibra, so it is entirely plausible for that separated-out data to be absorbed by the social network in the future, if it so chooses.

How secure will Libra be?

“Strong protections” are also promised for its launch, with it using the same verification and anti-fraud processes that banks and credit cards use, as well as automated systems monitoring for fraudulent behavior.

This includes the verification for accounts with government-issued identification, such as a passport, ensuring users are who they say they are, potentially reducing the amount of fraud.

In the case someone loses their phone or password, a dedicated live support team will be on hand. In the event someone gains access to an account and spends some of the currency, there is also the possibility of being provided a refund, something that victims of similar crimes with Bitcoin wallets are unlikely to benefit from.

For the Calibra wallet, the security is likely to be the same as that protecting the user’s Facebook account, though the addition of a wallet may prompt an increase in account protection mechanisms, such as requiring two-factor authentication. It is plausible that Calibra will use technologies such as Face ID and Touch ID to biometrically authenticate a transaction, but until the currency launches and app features are updated, this could still change.

To meet the needs of local laws, Calibra will implement various anti-money laundering programs, and in the US, has registered as a Money Service Business with the Department of the Treasury, as well as going through the process of obtaining licenses in states that treat cryptocurrencies as the equivalent of money for regulatory purposes.

How do Libra and Apple Pay differ?

For a start, Apple Pay uses existing established currencies for transactions rather than creating its own, whereas Libra is a currency in its own right.

Apple Pay also takes advantage of existing fraud prevention mechanisms and other technologies, on top of the same systems used by the banks and financial institutions that offer cards and accounts usable on Apple Pay in the first place.

While the bulk of Apple Pay relates to card transactions and payment processing for accounts held elsewhere than Apple’s systems, even for the upcoming Apple Card, the most similar element to Calibra and Libra is Apple Cash, for person-to-person payments. 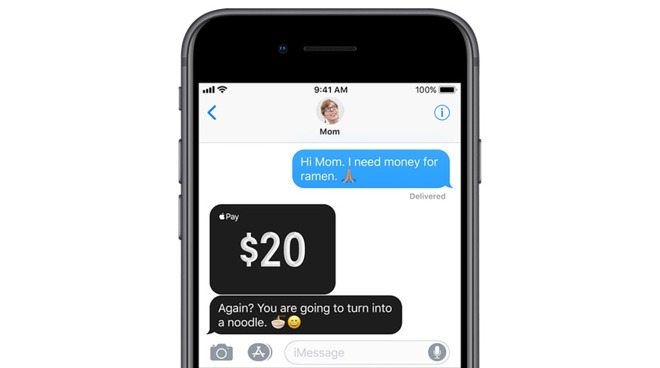 An example of an Apple Cash transaction via the Messages app

Apple Cash can use cards stored within the Wallet to send payments to other people using the Messages app. Once sent, the funds are put onto a virtual Apple Cash card, which can then be spent via standard Apple Pay transactions or transferred to a bank account.

In the case of Apple Cash, the funds are held on the virtual card ready for use, in its original currency. As it is an Apple-controlled accounting system, transfers are nearly instant, with the funds on the card available wherever the user’s Apple ID is being used.

For the moment, while Apple Pay is available in a large number of countries, Apple Cash is only available to users in the United States, meaning it cannot be used for sending cash across borders, or in different currencies. It also means Apple Cash uses the US dollar for transactions instead of using an intermediary currency like Libra.

Which is better? Well…

It is not easy to make a like-for-like comparison between the two, due to having differing fundamental ways of operating and end goals. While Libra aims to bring payments to everyone, Apple Pay wants to make existing payments simpler.

It also doesn’t help that Libra is still in development and won’t be around until next year. That gives those involved in the project ample time to change elements, and even the terms of the project to grant Facebook access to data, so alterations could occur as the months go on.

Some may also suggest the two could coexist in a fashion, with Apple able to add a Libra wallet to the Wallet app, enabling it to be used for international transactions without having to expand Apple Cash to more markets than just the United States.

For the moment at least, Apple Pay and Apple Cash could be considered as “better.” We know what it is, and more importantly, it exists right now.